Similar to that of Inconel 718 screws, Waspaloy set screws exceed the strength and stability of Inconel 718 at elevated temperatures beyond 1400°F.  In addition, the oxidation resistance of Waspaloy screws make it an ideal materials for high temperature applications like gas turbines engines, and a variety of other aerospace components.

Waspaloy set screws are unique in that they have no screw head, meaning that they have no protruding part past the threaded shaft. They are thread only and are available with a socket or slotted driver insert at one end. Set screws are used to secure an object within or against another object. Typically they secure a rotating part such as a gear or shaft. Waspaloy set screws are driven through a threaded hole in the rotating part until it is tight against the inner object, preventing from moving relative to the outer object. Set screws are available with various points depending on the application.

Cup Point
This is the most commonly used set screw and is identified by a cup-shaped indentation on one end. Waspaloy cup points are typically used for a quick, semi-permanent or permanent applications where it is acceptable to cut the cup point edge of the screw.

A cone point is easily identifiable by its sharp cone-shaped point – just like an ice cream cone. Waspaloy cone point set screws deliver the strongest clamping force due to the deep penetration of the point. As a result they are used for permanent assembly.

Waspaloy is a solution annealed and age hardended alloy which provides its high strength properties. There are a few aging varieties however the AMS 5708 is one of the more common. 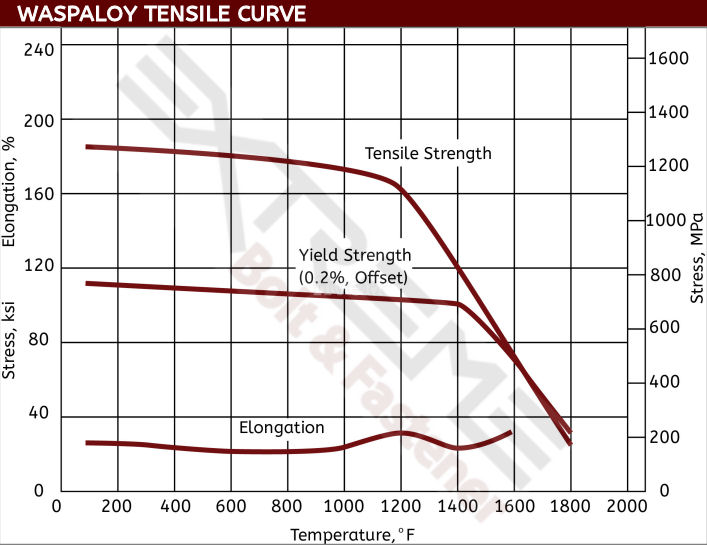