Alloy 330 12 point screws are specifically designed for high temperature furnace applications such as vacuum furnaces, heat treating and brazing applications. The most prized trait of alloy 330 is its ability perform under cyclic conditions of temperature extremes from heating and cooling; as well as in alternate carburizing and oxidizing atmospheres. An austenitic, nickel-chromium-iron-silicon alloy, 330 12 point screws also offer industry a low coefficient of expansion, excellent ductility, and high strength.

The driver of a alloy 330 12-point screw uses two overlapped hexagon shapes, creating 12-points and a flanged underside. These are also referred to as ferry cap screws or 12 point flange screws. The advantages of this head style include: 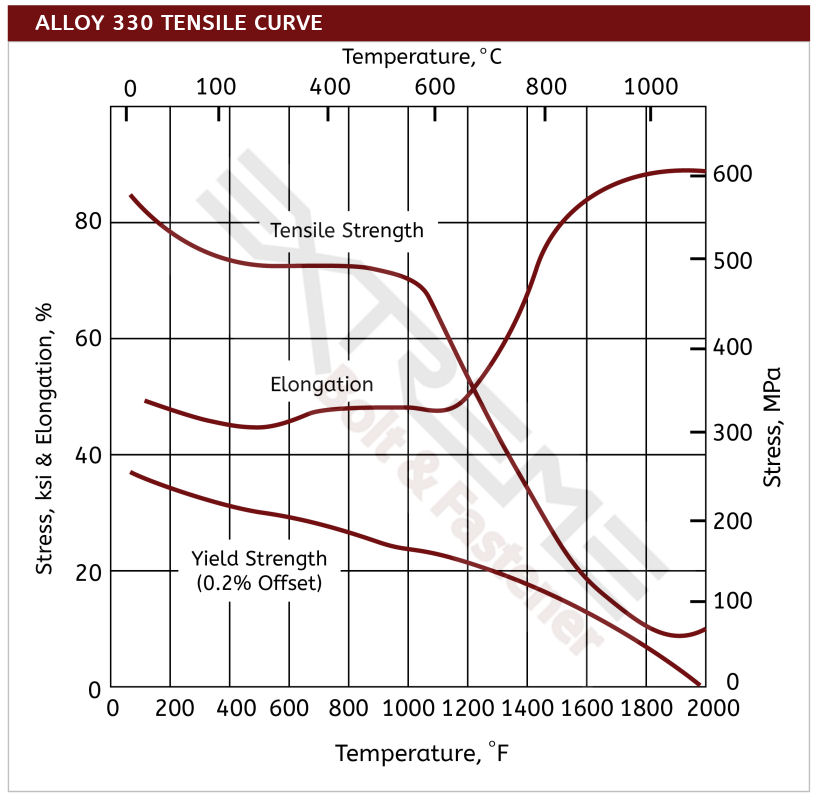