Chemical Resistance
In chemical processes which utilize chlorides, such as paper mills and waste water, stress corrosion cracking (SCC) is a common culprit for 316L stainless failures. Duplex alloys will outlast environments that will cause SCC in 316 stainless, but for more severe low PH environments, flat head screws made from higher nickel content alloys like AL6XN will generally work better. For the most extreme situations, alloys with >45% nickel content like Hastelloy are often considered.

Outstanding Resistance to Salt Water
Seawater is where AL-6XN flat head screws outperform so many alloys providing protection to stress corrosion cracking, pitting and crevice corrosion in a broad range of marine applications. AL-6XN flat head screws contain a minimum of 6% molybdenum content and it is this addition of molybdenum that provides the greatest protection against pitting and crevice corrosion.

AL-6XN flat head screws are characterized by having a head with a top flat surface (which can feature either a slotted, phillips or allen driver) and bottom that is cone shaped or countersunk. With this design, the head of the screw can align flush or below the surrounding surface having obvious benefits.

For most flat head screw designs the angle of countersink is usually 82° for UNC and UNF applications however other angles ranging from 60° -120° could be specified. 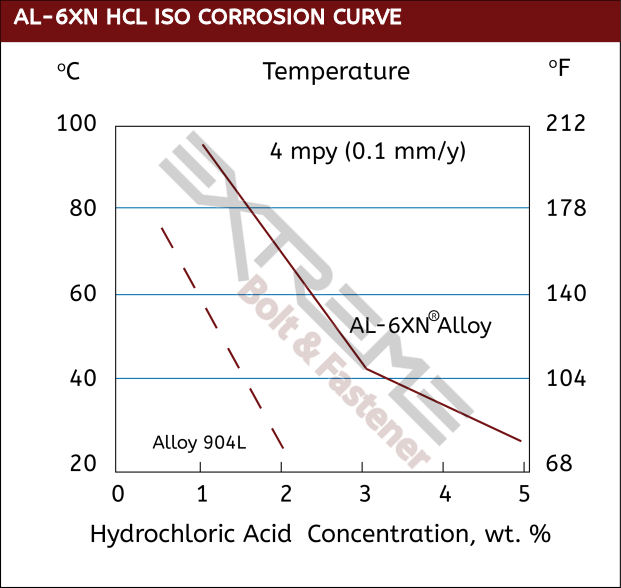 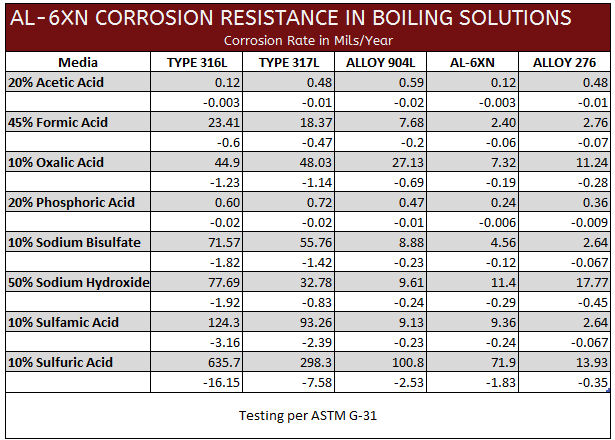